You are here: Home → Suspension Fault Normal Height Only 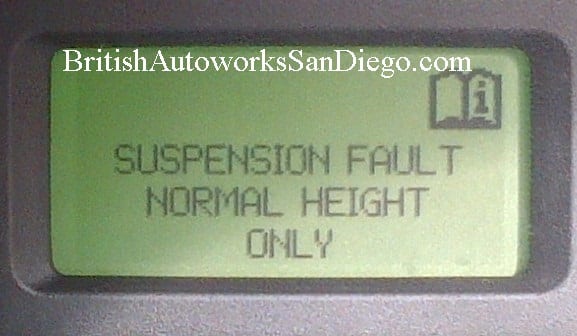 Owning a Land Rover with Air Suspension is a smooth and comfortable ride until this Suspension Fault message appears. Don’t panic! This message does mean the electronic air suspension has stored a suspension fault but you can still drive normally on the freeway and surface streets. You will notice the air suspension fault light as well. This lamp is amber in color.

Here at British Autoworks, we recommend any owner with a suspension fault message to do a few things before disregarding this message. First thing is listen for any abnormal noises. Air leaks can sometimes be heard from air springs and poor air line connections at the air suspension compressor. Air leaks noises are not normal unless the suspension is lowering from height changes. Second recommendation is a visual inspection. Leaking air springs will not support the weight of your Land Rover correctly causing a leaning condition. For example, an Air Spring in the right front of an LR3 is leaking air and does not support the weight in the front. The LR3 will look like it is lower in the right front compared to the left front. You may also notice the left rear height is now higher then the right rear height.

After performing audible and visual inspections, you may not find anything abnormal with your Land Rover Suspension. If your suspension fault message does say “Normal Height Only”, you most likely can drive to a local service station without any additional damage to your Land Rover. British Autoworks recommends, at the very least, a fault code retrieval of your suspension system. These suspension faults will guide us to problem. 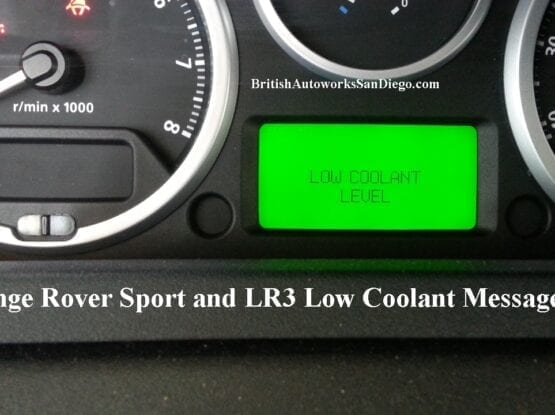 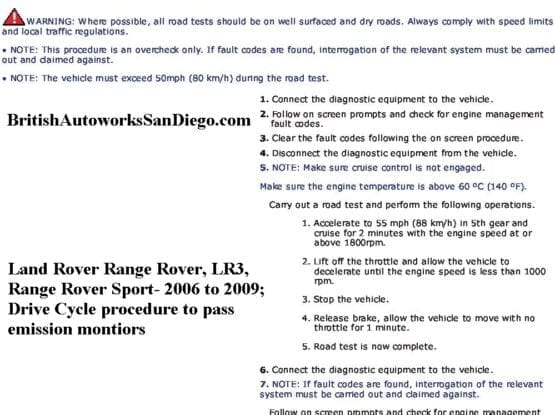 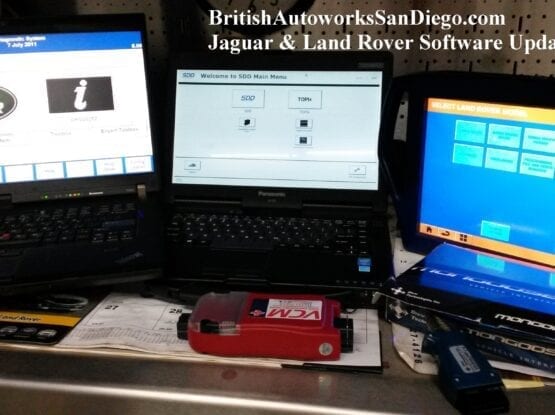